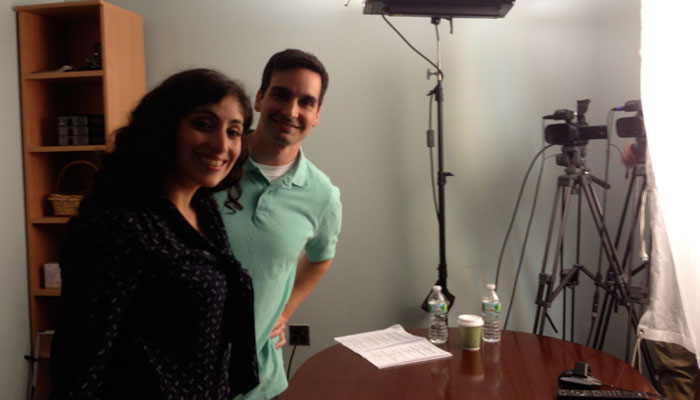 In my last blog, I wrote about the “Project Success” industrial and how they had called me months after auditioning to be part of the project.  Well, last week, they called again and asked me to play another part in a different level of their English language training courses.

They told me they enjoyed working with me and thought I had done a great job! So they found another spot I could do!  This is always such a great thing to hear!  It’s a good feeling to know people appreciate your efforts.

And even better, this time around, I was on set for 4 days!  Nice gig!  I got to see the same wonderful crew as last time, and my fellow actors were very cool cats… I struck up some new friendships!

The above picture is from one of the many scenes we did.  It’s not a great pic because we are dark, but that’s what happens when you are back lit!