I Got a Black Eye in Today’s Callback 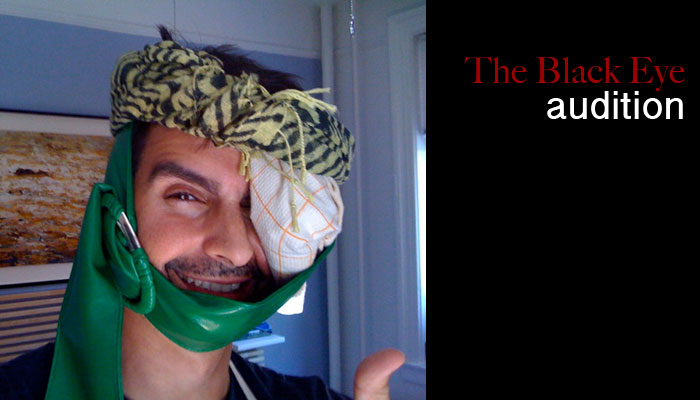 So this doesn’t happen often.  I got busted in the eye by the woman who was auditioning as my wife in a callback for a restaurant commercial.

Initially, she thought it was funny.  I wasn’t too amused.  Not because I’m an uptight kinda guy, because I’m not… but because her actions were so careless and immature.

The scenario was that we were a family playing football on Thanksgiving Day.  So, the director instructs mom to run with the ball and me to tackle her.  We are going in a slow-motion kind of speed.  When I go to wrap my arms around eye-buster, she quickly and violently throws her head back into my eye.

At first, I just wanted to tell her “are you crazy… why would you throw your head back like that?!”.  But… as the saying goes, “the show must go on”… so I kept with the audition.

I’m not going to lie… I was angry… I could feel my eye throbbing and I knew it was going to bruise.  The worst of it?  I had a photo session the next day.  Not happy at all…

The above is a picture I took as soon as I got home… this was my attempt of trying to ice down my eye for a few hours hoping it would not bruise.  I improvised a head-wrap with a towel and my wife’s belt… worked like a charm!

But I still bruised.  And I didn’t get the commercial.  ARRRRRRRR!!!!…