I booked 2 of 3 Commercials! 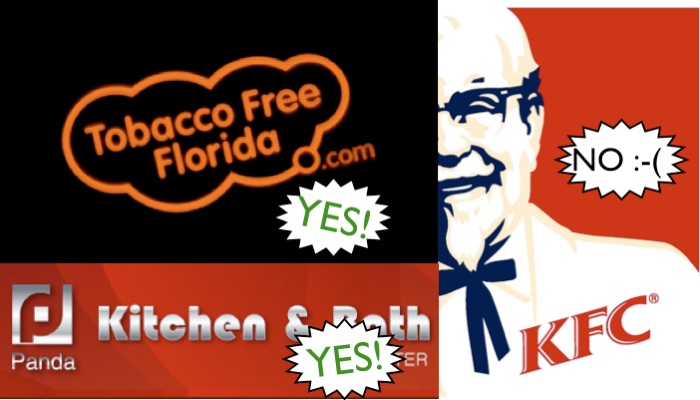 Today was a good day.  No… today was an amazing day!  I booked 2 freaking commercials in one day.  That doesn’t happen often in the acting world.  I feel so awesome… but I confess… its irks me that I didn’t get the third one…. the KFC commercial.  Genuinely, I can say I did not want it out of greed or ego… but I wanted it because… well, this is my job… every audition I get is a job interview… every audition is a chance to sell.  My job is to audition for people… and if I do that well, I get paid for it.  And then there is the fact that you  just never know when you will book a commercial.  Just like the weather, there are dry spells.  Once it rains, you make sure to collect as much water as you can…. and my buckets were ready to be filled!

I was very confident that I was going to book the KFC gig… not because I’m an arrogant prick… but because I had a great call back.  When you hit it out of the park… you know.  You see the casting director and clients look at each other and smile…. you then see them immediately start whispering to each other, each giving approving nods.  In this case, I had made them crack up because of the skit I had to do…. and they were balling… which is the best feeling because when that happens, the chances you book the job go through the roof.        So after all those good signs… the agency director looks at the commercial director and says “I think he’s perfect for the part”.  Say what?  “Holy crap… did she just say what I thought she said” the smile of my face was saying.  Then she looked at me and said “it doesn’t me you got it yet, but you have my vote”, for which I replied “I know… but it makes me feel gooood you said it!”  More laughs.

I walked out of there knowing I got the part.  That was Sunday.

So today is Monday… and I’m looking at the phone and pacing next to it as if I were and Indian waiting for the rains.

Ring 1 at 11:13am – It’s Panda Kitchens… my wife and I had auditioned for them about a month ago… I didn’t even know we were still being considered.  They booked both of us as… well, as the married couple!  So that rocks… got something I wasn’t even expecting… icing on the proverbial cake.

So now I’m waiting for the KFC call and the “Tobacco Free Florida” commercial, for which I was told they would let me know today.  I had a great feeling about that one because the client told my agent on Friday that they really liked me, but they would know on Monday.

Now, I’ll admit…. by 1:22pm, I had pulled hair out of my head, sweated through a shirt and had endless conversations with myself that they weren’t gonna call… followed by thoughts of “shut up, dude… stay positive”.

So by 4:00pm I’m feeling awesome about the 2 gigs… but I’m wondering about the KFC one, because I felt so good about it.  It also pays the most.  So I call my agent, and she says she’s heard nothing and that they don’t answer.

6:30pm – No call.  Oh well…. that’s how it goes.  I hold my head up hight, knowing that I got 2 in one day.  My competitive sides wanted the 3rd one, as well as my practical side… but all in all… today was a great day and my “rain buckets” were still filled.