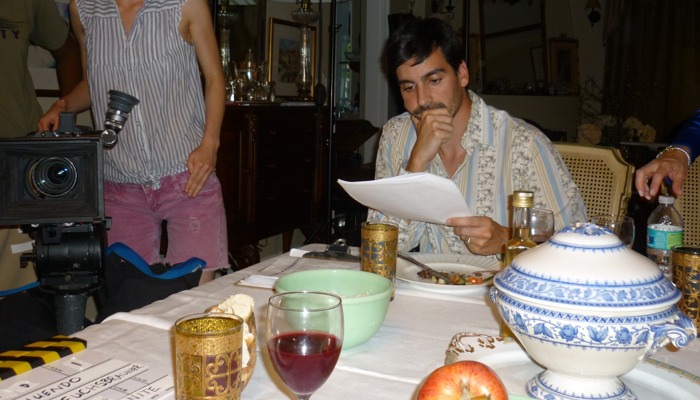 A few weeks ago, I was called for an interview for a short film titled “Innuendo”.  I hadn’t gone to the original audition because I didn’t know about it.  A long story short, they didn’t find the person they wanted, so they happened to hear of me via fellow actors Cristina Figarola and Vivi Pineda.  After speaking with the director, I knew it was a part I was interested in playing… about a cheating husband who is having an affair with his best friend’s wife.  OK… so you may be thinking “why does he want to play that role?”.  Well, it’s not because I’m living vicariously through the character… No!

It’s because it’s something so different than who I am, it’s a challenge to discover how I would play and create the character.  And also, it was a chance to work with Cristina and Vivi, both of whom are very talented and book alot of work… so it was nice to work on a short film with them.

The project went smoothly and it felt like a success…. our scenes were incredibly awkward… because they were supposed to be!

Thanks for checking in and make it a great day!