Netflix print ad with yours truly 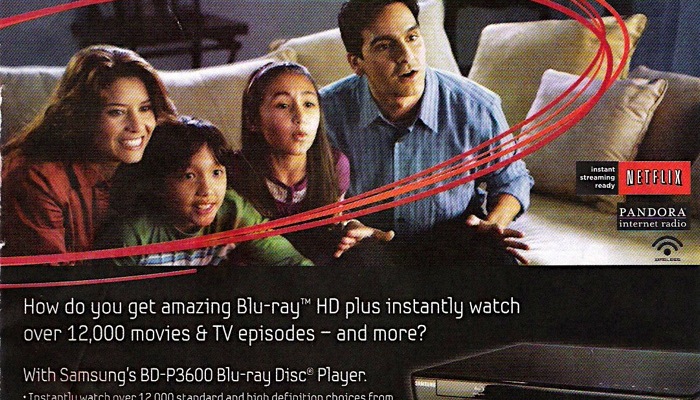 So we received our Netflix movie the other day, and my wife opened it up and immediately threw away the enclosed ad.  That would have been the end of this blog if it weren’t for Vida, who happens to be Daniela’s mom… whooo is my “daughter” in the above print ad.  Well, Vida calls me and she’s very excited because she just opened her Netflix and saw the ad… and she asks me “Don’t you subscribe to Netflix”?… and I’m like ‘yeah’.

So I ask my wife if she had seen the ad… I explain to her that I’m in it.  Her eyes get big.  I know she’s guilty.  She immediately puts on a yellow rubber glove (the ones to wash the dishes with) and pulls out the trash…. and voila, there is the ad…. still intact, with the exception of some brewed Cuban coffee grounds on the corner.  But, it was saved!

Thanks to Vida for giving me the heads up on the ad, and thanks to Eileen for saving the ad!