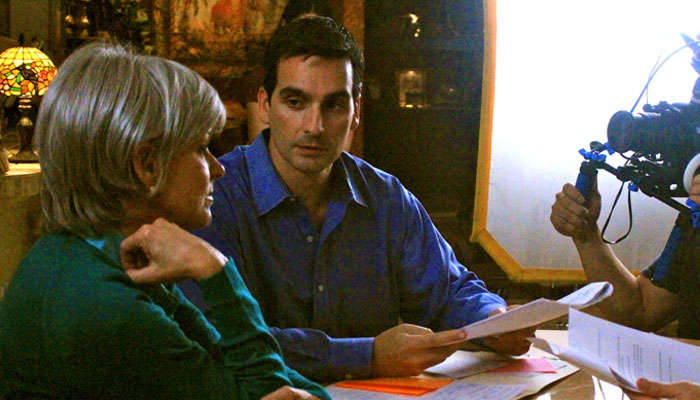 Yesterday we wrapped shooting a short film produced by me and Lazmel Melendez.  It was quite a feat to produce this 17 minute film.  There are so many details, both large and small, that need attention. For example, here are a few things we had to organize:

The whole process is exhausting, but so rewarding.  Part of the pressure is that timing needs to be so precise…. if you are slow shooting your scenes, the day can quickly run out and that means having to pick up the scene another day… and that adds costs.  And of course, the other part is that I have to act in the film… so I have to switch hats from producer to actor.

We feel the scenes came out great.  We’ll be editing this film for the next several months.  I’ll post it when it’s done.

Check back to catch some clips of the film!