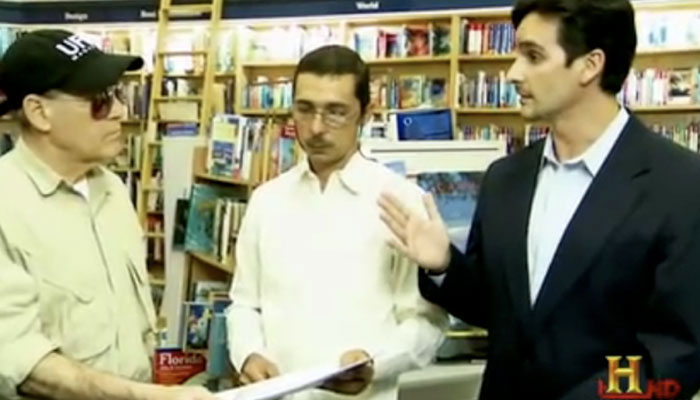 So today, I was hired to be an on-camera translator for the series UFO Hunters.  I translated Klingon.  OK, not really… just making sure you’re paying attention.  I was hired to translate the Cuban UFO experts who had been researching UFO accounts on the islands for the last 20 years.  It was a nice gig, and I owe it to my close friend Jonathan Walton, pictured above.  He is an assistant producer for the series…. he’s so talented and I bet it won’t be long before his own shows get funding.  The woman pictured is Zula Waxman from the Broward Film Commission… very nice woman and knows her stuff!  The show will air on March 26th, I believe.  Check out my clip here!