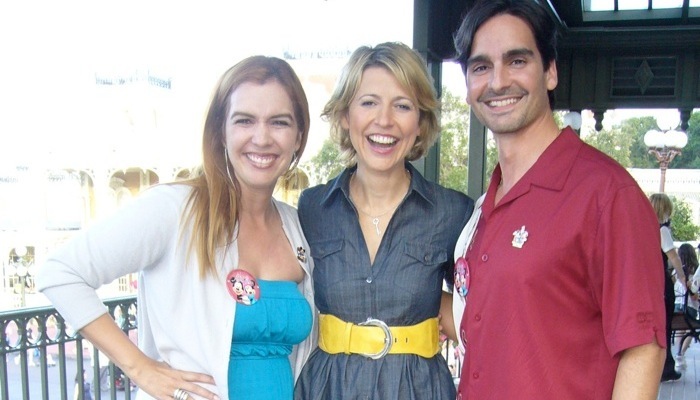 Samantha Brown is host for the Travel Channel’s “Weekend Getaways with Samantha Brown”.  She has also hosted other shows on the same network, such as “Great Hotels”, “Passport to Europe” and “Passport to Latin America”.  We’ve been watching her show for several years now on Sundays mornings and really enjoy her work.  So it was incredibly exciting to find out that they had chosen us to partake in her 10th anniversary show, which will air sometime in February.  The show will feature Samantha hanging out with her fans in different places in Disney World.  She interviewed us at the train station near the entrance of The Magic Kingdom.

I have to say, she was an absolute delight.  She was very down to earth, funny and approachable.  She even hugged us after the segment.  What I thought was very gracious of her was when she began to distribute the cake that Disney had made for her.  She cut pieces and started handing out pieces to fans checking out the filming.  Not to many celebrities would bother, but she did… very cool.