The Journey of a Thousand Miles… 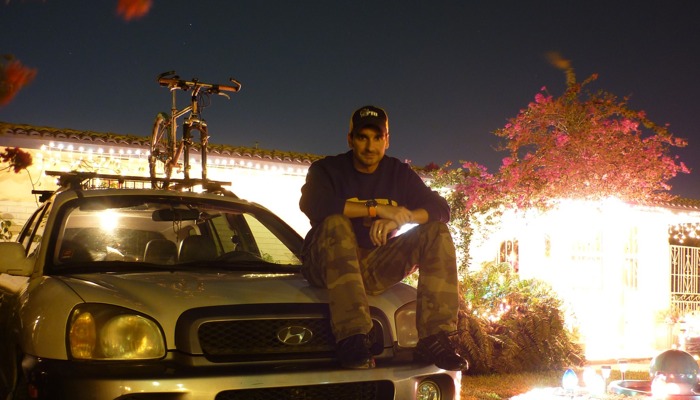 Something’s different.  No, it’s not the weather.   It’s not the leaves on the trees either.  Something’s different inside me.  It feels like an alarm going off and it’s ringing in a voice saying “it’s time to go”.  I’m listening to the voice.  I’ve learned over the course of my life to listen and respect that little voice.  It’s helped me achieve much.

Don’t get me wrong… this voice isn’t the proverbial voice crazy people hear.  I’m not crazy.  I don’t think.   Pretty sure.  My mom says I’m not.

So the voice is telling me that it’s time to go to LA.  It’s perfect timing, it seems.  The planets must be aligned.  I’ve packed my bags and essentials, including my mountain bike, and tossed them all in my car for a cross-country drive.  Crazy?  Maybe…

Or maybe not.  You see, I have a game plan for LA.  It’s top secret, but I figured it would be safe on my world wide blog.

You see, it’s all thought out!…

OK — so it’s not that easy.  It’s not easy at all.  But that’s all right.  If it were easy, everyone would do it and it wouldn’t be worth anything.  We all know there are many steps in becoming successful in any line of work. And acting isn’t any different in that aspect.  I’ve taken many steps in acting… I’ve booked lots of commercial spots… performed in a good number of short films and indie projects… had lots of great auditions for good projects… and attended lots of workshops and classes.  And now, I take another step…. going to LA… Hollywood baby… The City of Angels… Tinsel town.  You gotta be there.  Actually, I gotta be there.

Here’s to all of us dreamers…. let’s make it an unforgettable 2011.