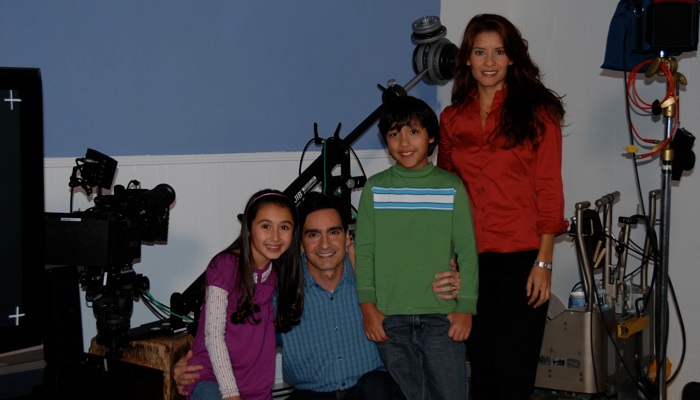 I finished shooting the Samsung shoot yesterday… what a fun shoot!  The shoot was for Samsung’s new flat-screen TV’s (they’re beautiful).  I was the dad, Lucia (pictured above and great actress) was my wife, and we had 2 gorgeous little kids… Daniela and Kevin.

So the video we shot will be displayed in Best Buys and Costcos across the U.S.  They’ll also probably include some pictures of us near the TV’s.  I’m not gonna lie… I can’t wait to see them in stores so I can take a picture next to the ads.  That’s right… I’m a big dork.  If you see any of the ads in stores, take a picture and I’ll blog about it!  hehehe =)

One other note… the kids in the shoot were so cool.  I fell in love with the little girl, Daniela… awesome actress, so adorable and so smart!  I told my wife that if we ever had a child, I’d want her to be like Daniela.  And the little boy was a hilarious…. we were competing in cut-down fights the whole day… that’s right… doo-doo head!  😉