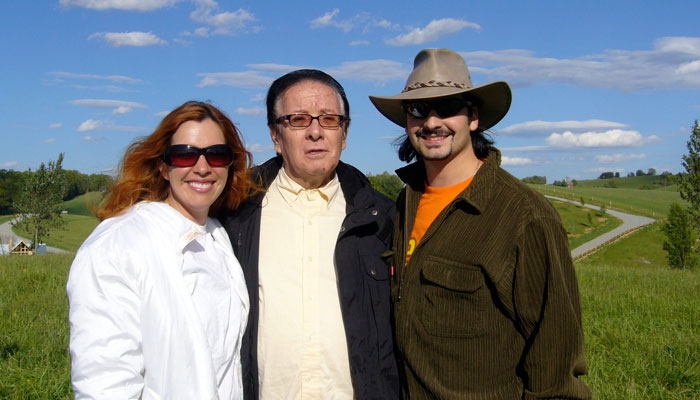 Today I pay homage to Dr. Rupert.  He was the man who taught me it was o.k. to be an actor.  He didn’t sit me down and have a heart to heart discussion about it, nor was he a famous actor who inspired me to be like him.  It was much simpler than that…

It started a year earlier.  I was working… in front of my laptop, looking at revenue spreadsheets.  And it hit me.  I didn’t like what I was doing.  I didn’t like it, but I also didn’t want to seek another job doing something similar.  I just kept thinking “I don’t want to do this for the next 5-10 years of my life”.  I got sad… then I prayed for guidance.  I knew I wasn’t doing what I was supposed to be doing… and in God’s mysterious ways, he answered my prayer and showed me what my path should be.  In fact… he literally did show me.  Here’s how; after praying for guidance and making the sign of the cross, I opened my eyes, and I instantly received an email from the local newspaper (remember, i was in front of my laptop).  I opened it immediately and the headline read “Hollywood is searching for Latino Actors”.  Cue eye brow raising.  Then cue me looking up at the heavens with a look saying “huhh?”.

So I didn’t run out immediately to take acting classes or to look for an agent.  I thought about what I had prayed for and what I had seen… trying to make sense of it.  After a couple of weeks… I was making a little sense of it… I was remembering things that had happened to me along the way… such as being approached by the head of talent recruitment of the Discovery Networks while attending my wife’s journalism convention in NY and being asked if I was ‘talent’.  I laughed and said “oh gosh no, but my wife is!”.  He then told me I should think about it because of my international look.  So that, coupled with a few other things, started drifting back into memory.

There is a saying that goes “God sends you signs you don’t always recognize”.  That’s got to be true, right?  But I still wasn’t clear.

So fast forward a year and a half to Dr. Rupert…

Dr. Rupert blended profound beliefs in Christianity with meditation.  He was kind of like the famous Dr. Deepak Chopra, only the Spanish version, and not wealthy.  He had more degrees than I have letters in my last name, was a professor in various universities, and wrote books.  He had a large group of people that would meet once a week to meditate and listen to his positive and liberating messages.

I was not one of the people that went to his weekly meditations.  I had gone once and planned not to go back.  In fact, I thought it was boring and found some of the people weird… you know, like those people who fall into deep mediations and go a bit nutty, like some brain neurons are no longer firing in the right places.  Yeah, like that… there were a few of those.

So, suffice it to say I was not thrilled when my wife came to me and asked “why don’t we go on the Spiritual retreat to North Carolina with Dr. Rupert and the group?”.

Oh geez, “think quickly” I thought to myself… what can I say to get out of this… “How much will this cost us?… oh, that’s expensive” or maybe “I don’t have enough vacation time” or, the always popular “I’m not available that date… what date is it anyway?”.  My wife quickly began to explain all the wonderful things we would learn, so I caved in and agreed to the trip.

And I’m glad I did.  The trip was to last 4 days in the North Carolina woods, in beautiful cabins stretching along rolling hills, covered with mature trees emitting that oh so fresh woodsy scent.  It is indeed a beautiful place.

It was on the third night that I had a break through.  I enjoyed the meditations of the first two days, but I’m not great at clearing my mind.  But by the third day, I was relaxed enough to submit my A.D.D. to his entire message.  I won’t go into the details of the meditation, because I’ll make it sound like less than it was.  But in summary, the third day’s meditation focused on faith, and involved me physically pushing against a wall with my eyes closed for about 45 minutes.  Not always pushing hard… sometimes feeling, sometimes trying to grasp it, and at other times trying to move it out of the way… and finally, discovering that the obstacle that I could not move has been me…. and then feeling the freedom of knowing that…. and then reaching out to feel the wall and learning it is no longer there.  It was one of those moments in life where your mind is stretched by new knowledge that changes everything.

And it did.  Of the 40 people in the room… I’m sure many came to their own realizations, or epiphanies or whatever you want to call it.  But what mattered to me was that I had a new way of looking at things… that it was o.k. to like acting… that is was o.k. to think I could be an actor.  And that it was o.k. to accept this answer that I had prayed for.

Thanks Dr. Rupert Salvadeau…. may you rest in peace… and in your words…

Onwards, upwards and towards the light!