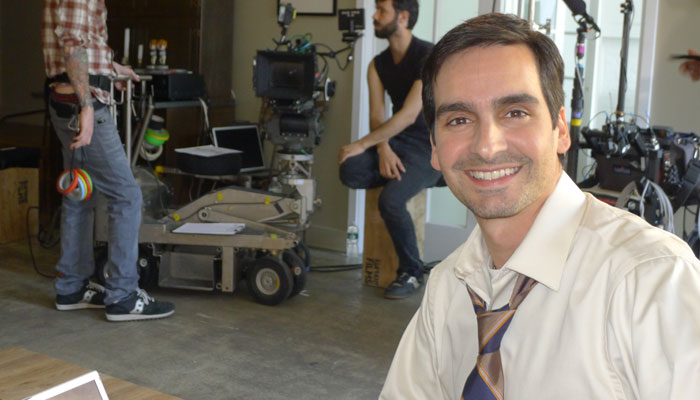 I’m really excited!  I’ve been in NY for 3 weeks, I have an agent… and today, I found out that I booked my first commercial job!  Woohooo!

The commercial will be a series of 3, featuring ESPN anchor Jay Harris.  I’m thrilled to have booked a job so fast… it’s always reassuring, specially after making the official move to NYC!

I filmed the commercial and had a blast!  Jay Harris is a cool cat… very down to earth and funny.  I kept cracking him up in our scene, although he had to stay serious.  The crew got a kick out of that.  And the Director and production company team were awesome… love working with great people.  The Director was especially kind and said some really nice words to me after we wrapped.

Here’s are the Commercials