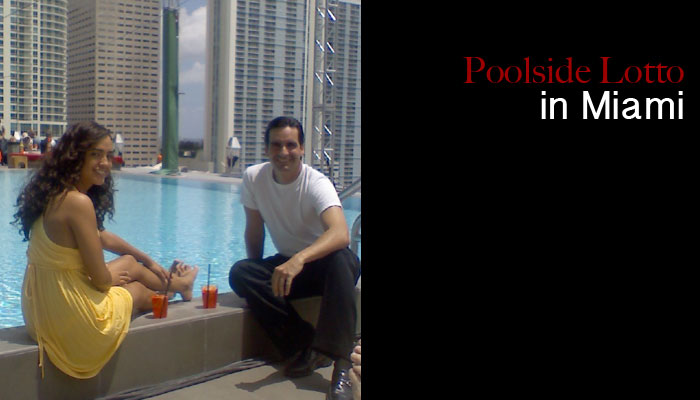 I don’t know why the Belgium Lottery felt compelled to film their commercial in Miami, but I’m glad they did!  I was cast as a waiter, dressed in the formal vest and bow tie… but something interesting happened.  While they were framing the shot and the actors were waiting around, I decided to sit down and speak with Agustina, another actor on set.  She was sitting by the pool, and I had been standing for a while, so it seemed like a good option to sit next to her until the scene started.

Well, the director saw us and said he was “inspired”… so he told me take off my waiter dress shirt and to stay in my undershirt and sit next to Agustina, as if I were trying to pick her up.  Then they moved us into center frame, so it was pretty cool… we got a great position in the shot and I “inspired” the director by speaking to a pretty girl.  Not a bad day!  Here’s the shot!